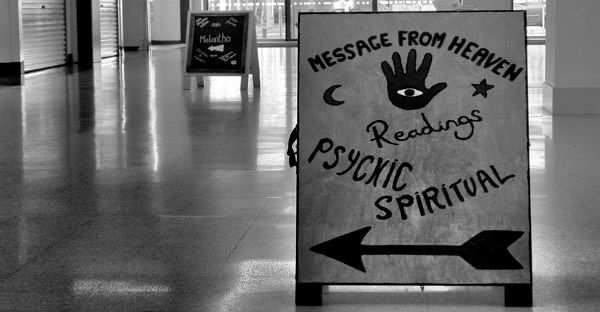 Before becoming the preeminent researcher of medium communication, or as she likes to call it, “assisted after-death communication”, Dr. Julie Beischel was a newly-minted PhD in pharmacology and toxicology who was trying to come to grips with the loss of her mother. Grief had led Dr. Beischel to the door of Dr. Gary Schwartz whose controversial research into medium communication had drawn national attention. After several years of collaboration during which Dr. Beischel designed and implemented experiments which have become widely recognized as setting the gold standard in such research, Julie left the University of Arizona to found the Windbridge Institute. Her research into medium communication and its effect on the bereaved continues to shed light on a phenomena that flies in the face of what science is telling us about life and death, and has the potential to redefine who we are.

Join Alex Tsakiris for an interview with Dr. Julie Beischel:

Alex Tsakiris: You’re researching psychic mediums? Is this some kind of joke? Research and science doesn’t go with the term medium communication does it?

Dr. Beischel: Science is just a tool. It’s just one way we learn how the universe works so it can be applied to anything. And there were a lot of people with strong opinions about what the capacity of mediums is. Can they report accurate and specific information? So I took the scientific method and I applied it to mediumship. Again, it’s just a tool you can apply to anything and so yes, it does go together because it’s something we don’t fully understand yet. So yes, [mediumship] is the perfect thing for science to tackle because we don’t understand it.

Dr. Beischel: What we’ve found in all three of those ways that we look at scoring, we’ve achieved statistically significant positive results in a study done in 2007, and a replication study that we just published earlier in 2015. So the original study was 16 readings and this most recent study is 58. So that’s a total of 74 readings in which under these more than double-blind conditions mediums could report accurate and specific information about the deceased when no sensory information could be plausible for where they got their information…

Dr. Beischel: George Clinton; George Hamilton; George Carlin; George Strait; George Bush–either one; George Noory; George Foreman; George Washington…all you have is the name George. Now you have to describe personality, physical description, hobbies, cause of death, messages for the sitter…And you and your 19 friends have to do that to a statistically significant degree 58 times.

Alex Tsakiris: And that gets to the real question implied in this whole thing that we dance around and that’s why isn’t this research more widely accepted? So you’re doing research experiment #2. You’re trying to get people to jump on the bandwagon as you’ve just described and say, here, I’ve laid it all out, go replicate it. But there is this underlying resistance to it because it is so threatening to science-as-we-know-it. So what is the answer? Your answer seems to be more good research and that science will prevail but do you really think that that’s the way this plays out? Is anyone in the “scientific” community going to roll over and say, well, there it is.

Dr. Beischel: You know what? I don’t care. This is a replication study. We’ve shown that it occurs twice now in two different population of mediums, and we’re the Windbridge Institute for Applied Research. At the end of the day we care about how this affects people’s daily lives. And we’ve talked about grief and the possible effect of mediumship readings on the bereaved. And this research demonstrates that it’s possible that they’re not just doing a cold reading; that it’s not just rater bias; that they’re not engaged in fraud. So something’s happening and people are engaged in it and it’s making them feel better. So let’s tackle that.

[easy-tweet tweet=”We’ve shown…the effect of mediumship readings on the bereaved. I don’t care what they think.” via=”no” usehashtags=”no”]

Alex Tsakiris: One of the questions that you seem to be asking with this latest round of research is what is the effect of all this on the mediums? And you seem to be looking at the psychophysiological effects and finding out that mediums have some different health issues than non-mediums do. Can you tell us briefly what that research is all about and what you’ve discovered?

Dr. Beischel: I recently presented some results from this study at the Society for Scientific Exploration meeting. And what we were seeing, just anecdotally, mediums on our team were reporting a lot of health issues. So we thought maybe there’s something about performing a mediumship reading that has some negative effect on the body. Maybe you get pumped full of cortisol. Maybe you have a lot of adrenaline. So we thought we’ll just do a shotgun approach and we’ll look at basic physiological measures — heart rate, blood pressure, that sort of thing.

Dr. Beischel: Sixteen of the mediums took this health survey and 13 of them reported autoimmune disorders. So if you just picked 16 women off the street of the same age that would be statistically almost impossible that 13 of them would have autoimmune disorders. The same thing with migraines — the female population of mediums report a lot more than should be in this population of migraines. And so I started to look into that and my current hypothesis, and I’m not the first person to say this, they also have a lot of childhood trauma. And there’s a very clear association in mainstream research between childhood abuse and trauma and adult disease including autoimmune disorders and migraines among a million other things. So I surveyed them about child abuse and they also scored off the charts in traumatic experiences in childhood. So my current theory is it’s not mediumship that causes disease but it’s trauma that causes disease and mediumship.