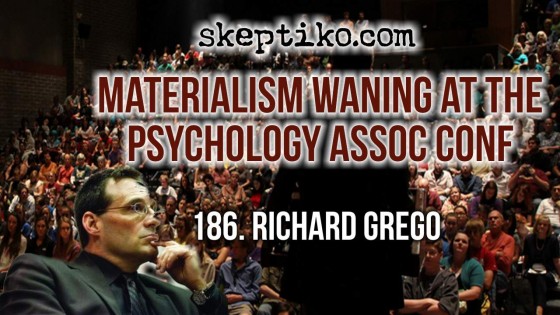 Interviews Alexander Moreira-Almeida, Erlendur Haraldsson, Robert Almeder, and Stanley Krippner discuss the relationship between mind and body, and the end of Materialism.

Alex Tsakiris:   Okay, where should we go next? Probably because you said we want to keep Krippner to the end we should probably play Robert Almeder, here goes that clip:

Robert Almeder: “Aristotle claimed his philosophical that humans were distinct from animals and humans were rational but the animals were non-rational because they didn’t show an understanding and means to end relationship, evidenced in the fact they didn’t use tools. And Jane Goodall conclusively refuted that on the camera where everybody saw the animals using their tools that they created.”

Alex Tsakiris:  I love the Jane Goodall reference. I think it really brought home this idea that science can’t really be pinned down the way that scientism often does.  Jane Goodall’s videos changed science, changed the scientific consensus. Not in a way that we normally think of as testable or anything like that but by just making it self-evident.

Rich Grego:  Yes, absolutely. And again, this has happened over and over again in science.  It seems like science will make this claim that somehow the status of current science is this all-encompassing total description of the way reality must be, but if you look at the history of science, it’s sort of an obviously unfounded claim.