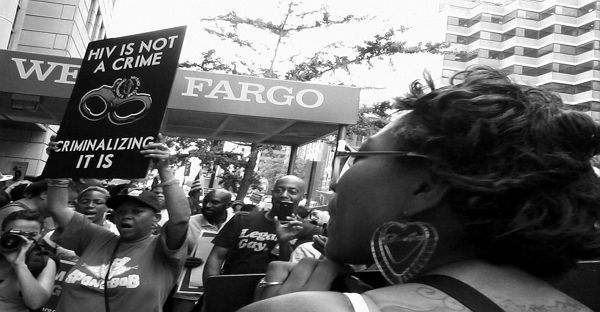 Distinguished professor Dr. Henry Bauer is perhaps the only person brave enough to tackle controversial subjects like the connection between HIV and AIDS.

There are some huge holes in our scientific understanding of HIV/AIDS.

Alex Tsakiris of Skeptiko interviews Dr. Henry Bauer, Professor Emeritus of Chemistry & Science and author of Dogmatism in Science and Medicine, about scientific research and its dogmatic assertions.

Join Skeptiko host Alex Tsakiris for an interview with Dr. Henry Bauer to discuss the misleading claims of scientific research such as the statistics on HIV-AIDS:

Dr. Henry Bauer: Everything that I saw from the data about HIV testing did not fit with the idea of it being a sexually transmitted infection.

Alex Tsakiris: [you’re not saying] that you know what the answer is, or that you have some insight into the cure for AIDS, or the cause for AIDS, or anything like that, but it’s just that you just keep stumbling across this obvious problem with the existing theory.

Another piece I ran across in your work — “African American women in the United States–this is from the UN, the official group for publishing this data–are 20 times more likely to be HIV positive.” How could this possibly fit with the existing idea of how HIV is spread, contracted?

Dr. Henry Bauer: You’re right. I mean they go through extraordinary contortions to try to offer explanations for that but the thing is, in 20 or 25 years HIV-AIDS has supposedly changed from a disease largely restricted to gay, white men into something that largely affects the black community, and especially black women.

Dr. Bauer lays out his position on consensus thinking or ‘Knowledge Monopolies’ as he terms it, that outright banish those who hold dissenting views–[16min.47sec–20min.39sec]

Alex Tsakiris: I love the phrase that I think captures a lot of this: ‘The suppression of competent minority views’. That’s what I think you’re kind of battling against. In your book, you introduce two phrases that I think encapsulate a lot of the ideas you’re talking about: ‘Knowledge Monopolies’ and ‘Research Cartels’. Tell folks what you mean.

Dr. Henry Bauer: Knowledge Monopolies I would define as something that has come to be so generally accepted that almost everybody believes it to be true; and anybody who denies it is more or less automatically regarded as a kook.

Alex Tsakiris: A couple of quick examples that you mention in the book, and that some people will be familiar with, HIV causes AIDS; second, global warming; a third is the Big Bang Theory. All of these are outlined in the book and I think the position you take is not coming down strongly that a particular contrary view deserves our overthrowing of the consensus view, but just that there needs to be more of a give-and-take of exploring the incompleteness of the accepted Knowledge Monopolies. Would you agree with that?

Dr. Henry Bauer: Yes, exactly. I think I acknowledge that I personally happen to be on the dissident side of those things but the point of the book is not to convince other people of that. It is to convince people that there hasn’t been a proper engagement between the mainstream view and the dissident view. That’s really the crux of the problem: you can publish critiques even in some pretty well established publishing houses, but you cannot force the prevailing experts to answer. And so you have these in effect research cartels because nowadays it’s very difficult to find any areas in which you can do research without considerable resources, which means the research that gets done is pretty much determined by the people who hold the purse strings. Those people take their advice, of course, from the recognized mainstream experts. So there’s a lack of a forum; a lack of a place where the two or more points of view can engage in a substantive way where they can argue in a way that they’re forced to answer one another specifically; that they cannot evade one another. And I’ve come more and more to the notion that what we need is a so-called science court. This is something that was actually proposed 50 or more years ago. Just after the second World War there was a lot of to-do about the possible safety or otherwise of nuclear power.

Later Dr. Bauer talks about what specifically led him to his conclusions on the flawed data on HIV-AIDS and its transmission among heterosexual teens in the 1980s–[23min.08sec-26min.24sec]

Dr. Henry Bauer: My general interest in scientific unorthodoxes lead me to read whatever I could, wherever I would find out about somebody that denied a mainstream position. So in the mid-1990s I came across the fact that some people claimed that HIV doesn’t cause AIDS. There was a book by Ellison and Duesberg about it, and so it was interesting. I didn’t come down on one side or the other but around 2003 or 2004, Harvey Bialy published what he called “A Scientific Biography of Peter Duesberg” who was the main dissident against HIV-AIDS theory. And in that book there was a statement that I knew simply couldn’t be true. It said that when the Army first started to test new recruits for HIV, and that was in the mid-1980s, they found that teenage women from all over the country in the United States were HIV-positive as often as teenage boys. Now that couldn’t be true because the official position was that HIV came to the United States around the late 1970s, and it came in only amongst groups of gay men in a few large cities: Los Angeles, San Francisco, New York. A sexually transmitted disease, largely transmitted among gay men, could not possibly have spread all over the United States in half a dozen years, in such a way that you would find teenage women in Montana being HIV-positive as often as teenage boys there. So I thought that statement couldn’t be correct. I looked up the original reference. That’s what the primary source said. You never can accept a single source in science so I looked at other data about HIV testing in the 1980s. I tell you this, it became the most emotionally difficult time that I can remember as an adult because everything that I saw from the data about HIV testing did not fit with the idea of it being a sexually transmitted infection.

Dr. Bauer offers one of the main reasons why science has grown into the establishment monopoly we find today–[33min.59sec-35min.57sec]

Alex Tsakiris: In the book, you have an idea for how this has come about and one of the claims you make is this is a relatively recent phenomena that we find in science

Alex Tsakiris: The extent to which these monopolies and cartels exert their influence, you make the claim that in your career you’ve seen a shift. Tell us what you think is behind that.

Dr. Henry Bauer: It’s money to put it in the simplest possible way.

Alex Tsakiris: But how has the money changed?

Dr. Henry Bauer: Science has become important. Back in the 1930s, the general societal view was that science is a good thing and we know about these great people like Darwin and Einstein and so on. But what people were doing didn’t require much money, and the consequences of what they were finding out didn’t seem to be of startling importance for any near-term, big ventures or big money-making things. Second World War changed all sorts of things. That’s when penicillin, antibiotics came in and medicine could supposedly become scientific and do wonders in terms of saving people’s lives. And of course the atom bomb showed that physicists were able to do things that could lead to nations winning wars. So after the second World War there was a tremendous expansion of money to train new scientists and to fund science.

Alex Tsakiris: Let’s talk a little bit about conspiracies because you pull up short of drawing a line between these instances of dogmatism and monopolies and cartels in science and medicine; and what are commonly referred to as conspiracy theories. In fact you say knowledge monopolies are not willful conspiracies. Now that sounds nice and safe but is that really the case?

Dr. Henry Bauer: Well, I define conspiracy as people deliberately bringing about circumstances that they fully know are purely for their own benefit, and not anybody else’s.

Alex Tsakiris: Well that’s a pretty narrow description and it gets to be a slippery slope. Let me tell you a story, one that I’m sure you’re probably familiar with but there’s probably many listeners here who are not. In 1985, Monsanto purchased a little company called Searle & Company because they had a patent on aspartame. The little NutraSweet, the little blue thing, right? And the FDA had already banned aspartame because it was unsafe. But they went out, Monsanto and Searle, and they hire Donald Rumsfeld, former Secretary of State Donald Rumsfeld–there is no Building 7, what’s Building 7? Donald Rumsfeld, that guy who vowed to “call in his markers”–those where his words–to get it approved. Now, what’s the result of that? If you go down any supermarket and pick up a can of diet Coke, diet Pepsi, any soft drink and you read the back of it, it’s got aspartame on it. You go to any restaurant, get those little blue packets, aspartame. So here’s a case where this is clearly a conspiracy. Science is the pawn in the game. But what’s really going on is big business. Billions of dollars made by Searle and Monsanto. Millions and millions of dollars made by Rumsfeld. Many people don’t realize the wealth that guy accumulated from this single coup that he was able to pull of in terms of doing and end run on the FDA. Doesn’t this kind of stuff go on time and time again and it’s just underneath our personal radar?

Dr. Henry Bauer: Rumsfeld by the way is also making money through Gilead which is one of the biggest manufacturers of the anti-retroviral drugs; and in particular those that are being currently touted as a prevention against infections. But do you think Rumsfeld believed he was doing something wrong? See, I don’t. I think human beings have tremendous capacity for not seeing facts that contradict what their beliefs are; and a way of just shoving aside not thinking about unpleasant things. Here’s a possible scenario: somebody comes to Rumsfeld and says, look, aspartame has got a bad reputation, an undeservedly bad reputation. Here are a couple of my well-qualified friends who can tell you about that. Can you help us to get around this situation?