Why meditation and science are on a collision course. Mind > brain |268| 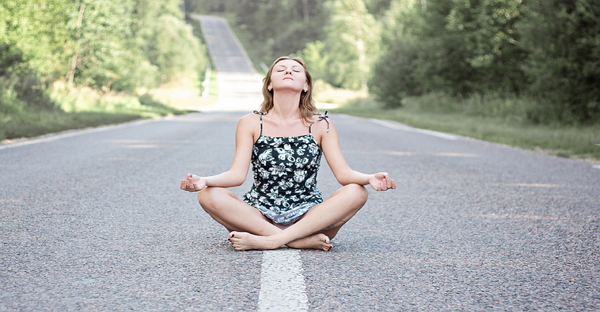 Dan Harris is a star at ABC News, but his investigation of meditation and science turned into more than a news story.

Alex Tsakiris of Skeptiko interviews Dan Harris, author of 10% Happier, about his experiences with meditation and whether meditation defies science’s understanding of consciousness and the relationship between mind and body.

Join Skeptiko host Alex Tsakiris for an interview with Dan Harris, ABC news journalist and author of 10% Happier: How I Tamed the Voice in My Head, Reduced Stress Without Losing My Edge, and Found Self-Help That Actually Works-A True Story. Harris discusses his experiences with meditation and the scientific evidence suggesting it can enhance one’s happiness:

Alex Tsakiris: Okay, meditation works — thinking about thinking can change the physical structure of your brain. That’s what you’re reporting. But wait a minute–that’s a total game changer for science. I mean 20 years ago if you told scientists that immaterial thoughts — you know, this thinking stuff which isn’t supposed to do anything; which is just supposed to be just an epiphenomena of the brain — if you told them it can rewire your brain they would’ve laughed you out of the halls of academia. So the one thing that I guess did ping me as I was reading [10% Happier] was, haven’t we buried the lead here… this is really a game changer for science I think in a fundamental way that gets downplayed with, “oh it’s just meditation don’t worry about it.” Do you have any thoughts on that?

Dan Harris: Well, a couple things: one, science is an [experience] of discovery right? Where you’re wrong all the time; that you’re operating on a thesis that’s good enough and then somebody comes along and disproves it and you improve. And that’s just the way science works. And so yeah, for a long time there was the idea–it was received wisdom in medical and scientific circles that the brain stops changing after a certain age. I believe maybe in your early 20s? But now what the new mediation research has proved is that the brain is plastic and so there’s this new term neuroplasticity. That in fact the brain is changing all the time in response to experience. And it means that you can train the brain which is an enormously liberating idea because I think a lot of us assume either consciously or subconsciously that happiness is contingent solely upon exogenous factors, such as: the quality of our childhood; what’s happening at work; how are things going in our marriage…etc. Not to say that those things aren’t important. They are important. But in fact happiness can actually be a skill for which you train yourself just the way you train your body in the gym. That it is susceptible to training. And I just think that puts a lot of the responsibility on you but that it is liberating because it’s not all out of your control. That–what meditation teaches you to do is to–it’s not going to erase your problems, it just helps you see them and handle them differently. It puts you in a different relationship to those problems and that’s a huge value-added. But there’s just one little tweak in your question — this is going back several minutes now — it’s the term “thinking about thinking” but in fact it’s different, you’re not thinking about thinking, you’re being aware of thinking.

Additional excerpts from the interview are available below and a complete audio version of the show is available here and on youtube.com/skeptiko.

Harris talks about the ongoing conundrum of who is the experiencer that engages in the process of focused awareness–[12min.55sec-14min.13sec]

Alex Tsakiris: Materialism suggests that there is no consciousness. There is no voice inside your head, it’s an illusion, right? I mean, Richard Dawkins, you’re a biological robot; Daniel Dennett, consciousness is an illusion. I mean, these guys are voicing what science has held to dearly for, you know, as long as the last 100 years that there’s just matter, there is no observer, that just doesn’t exist.

Dan Harris: Well I mean I think that’s the fundamental mystery isn’t it? Right? That we know that we know things. In other words, we know that we’re having experiences but we don’t know who it is that is experiencing it. Like we–you close your eyes and look for Alex, you’re not going to find him in any solid form and I don’t know the answer to that question. And I would venture to say that you probably don’t either. I mean it’s one of the biggest mysteries–it’s one of the fundamental mysteries, the mysteries of   consciousness. So I certainly think that meditation brings you right up to the edge of that mystery but I don’t know if it answers it.

On the topic of spirituality, Harris takes a slight departure from the notion that practicing meditation is an inextricable path to the sacred as asserted by many spiritual leaders--[18min.53sec-21min.38sec]

Alex Tsakiris: What these teachers will tell you and all these Zen practitioners will tell you, is that the spirituality is inseparable. So you can go search for it if you want or not search for it but it’s going to find you by going through the process. And I’d think they’d also say, and here’s the part that I guess I’d like you to kind of sort out–because it’s tricky. Because on one hand a lot of people will look at Buddhism and say well it’s not really a religion; it’s more of a process; it’s more of a science of introspection which it is. But at the same time Thich Nhat Hanh and the Dalai Lama as well have said, hey, this is no different than Christianity. You know, Thich Nhat Hanh wrote Living Buddha, Living Christ. He’s saying you know, you just get on this path however you start it and you are on the spiritual path that’s undeniable. So is it really–can we really take it and make it secular? Or as you meditate, are you moving down some spiritual path because that’s what all these practitioners who have thousands and millions and millions of hours, that’s what they tell us is happening.

Dan Harris: Well let me say a bunch of things: one is, I have no–I have such a small fraction of experience compared to somebody like Thich Nhat Hanh or the Dalai Lama, or Alan Wallace, that anything I say you and all of your listeners should take with a massive grain of salt because I know bupkis compared to them. So having said that, just a couple things that come to mind based on what you said: I think it’s–everybody’s going to practice to the extent that anybody’s practicing at all, it will be a different level. We will all practice at different levels and–so some of us, we take a secular mindfulness class, it will be something that’s less emotionally reactive and better able to focus, and be calmer but it’s not going to take us into the mystery of consciousness, or to–force us into the same territory that the Dalai Lama and Thich Nhat Hanh are talking about. However in some cases, it may and I’ve heard it argued that perhaps all spokes lead to the hub. That all great religions at the core have something in common and that once you start down any path you sort of end up–if you’re doing it in the right way you’ll end up at the heart of all paths. So maybe that’s true I’m just such a low-level practitioner that I can’t say so from personal experience.

Harris shares his thoughts on a recent debate between renowned guru Deepak Chopra and well-known atheist Sam Harris and how that reflects on the larger culture war dispute between spirituality and science–[26min.58sec-28min.29sec]

Alex Tsakiris: One of the scenes from the book that I thought was really interesting from a Skeptiko perspective is this debate between New Age guru Deepak Chopra and well-known atheist Sam Harris. And it’s a great scene from the book because as it plays out, Deepak kind of gets crushed in this debate but for the wrong reasons. I mean he’s reporting on the same scientific discoveries you are. He’s saying, hey science has always told you, you’re a biological robot driven by your brain; that it’s all just material, you know, there can be no soul. There can be no consciousness. And now this science says it’s not true. Well Sam Harris, because he’s this very skilled debater, he doesn’t refute any of this, he just kinda plays to the crowd that is predisposed to say you know, oh science good, New Age, you know, gurus bad and kind of turns the thing on its head. What are your thoughts about how that debate played out?

Dan Harris: My thought is I don’t know enough to say anything smart on these issues and I think it’s fascinating–as soon as you started talking about the scientific research about reincarnation, I wanted–I made a mental note to myself to ask you to email me that information because I think it’s fascinating. And I think a lot of the issues that Deepak raises are fascinating, I just don’t–he talks in such a way that I find it almost impossible, if not almost, totally impossible to understand.

Alex Tsakiris: Yeah, I get you.

Dan Harris: You know it’s beyond my current understanding. I would like to understand it so that at some point in my life I could be on your podcast and answer questions cogently. But I just would say one last thing about Sam Harris which is, you might want to take a look at his most recent book called Waking Up in which you know, he talks about the fact that he’s a life long meditator. And it’s basically one-part memoir, one-part pop science, and one-part polemic about the fact that we need to have a spirituality that is divorced from religion. And I think you might find it interesting, and I think he’s less hostile to some of these ideas than you might imagine.

Alex Tsakiris: My friend Rick Archer who you spoke with and who I think who had the best–in private conversation–I hope I’m not outting him here, but he had the best thing about Sam Harris. He said he reminds me of a guy with one foot on the dock and one foot in the boat. And that’s kind of how I feel. I think he needs to sort that out before we go too much further. But you have done, like I said, your the bodhisattva that’s gone over and come back for the rest of us. You’ve done a tremendous job with this book, 10% Happier. Thank you so much for spending this time with us, Dan, and best of luck to you.

Dan Harris: My pleasure. Thank you very much for having me on. I appreciate it.