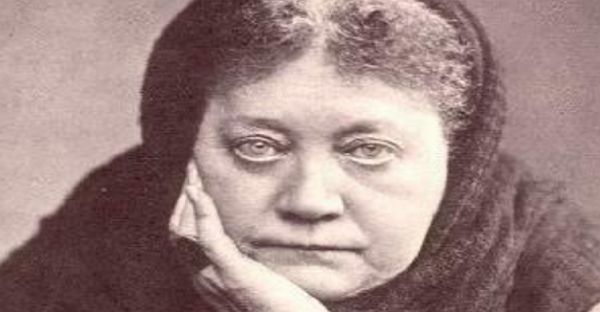 Is it still relevant and useful?

When I was 15 I started reading a book called Hidden Teachings Beyond Yoga by Paul Brunton. I could scarcely get through a few paragraphs before falling asleep – not out of tedium, but because the sheer intensity the novel ideas overwhelmed me. I persevered with passion, but it took me 18 months to finish the book.

This was in 1967 when, in Tasmania, there was almost nothing available to me outside the standard faith of my culture – Christianity. At the same time I was loaned another book. On its cover was the fearsome portrait of Helena Blavatsky, one of the founders of the Theosophical Society (T.S.). Blavatsky scared me: so much so that I never opened the book. I was also fascinated, so I propped it up on the window ledge of my bedroom, as a promise and sign of something I did not understand.

I was driven to leave Tasmania, to discover what lay beyond shortly after I turned 18. In Sydney, I haunted the Adyar Bookshop, the T.S.’s most public expression. But I was drawn to go no further. The notion of membership never entered my head. And yet the authors who were the sources of my earliest understanding of the esoteric side of human experience were all members.

The T.S. was founded in 1875. On 2007 figures it has 29,014 members worldwide, of whom 12,444 are in India (where the T.S. is headquartered) and 4,072 in the USA. Italy and Australia have over 1,000 members and New Zealand just under that figure. (source: theosophicalsociety.wordpress.com). In the market place of esoteric ideas these are tiny figures.

Over the years I have been influenced by many other sources – the Tao, Wicca and Zen to mention a few – but when I think about my introduction to the fundamentals of our spiritual and esoteric nature the T.S. was my primary source, my parental spirit.

My interest in the politics of opposing materialism is grounded in the belief that humanity has a natural and primary metaphysical dimension. It is simply misleading, even mischievous, to insist otherwise on what are entirely dogmatic grounds that favour morally problematic attitudes and actions. For me that metaphysical domain is well charted through my Theosophical sources and hardly needs reinventing. I read commentary and hear discussion and debates by people engaged in the same struggle as me, and yet they seem unaware that a massive body of thought supporting their intuitions and ideas is there in easy reach.

Or is it? I started to wonder what book I would recommend as a condensed primer, giving access to the rich heritage of the T.S. I went back to Blavatsky’s Key to Theosophy, published in 1889. It’s a painful book to read for a modern reader. It could not be a candidate for the role of primer, despite the fact that it is a rich source. I turned Edward Abdill’s The Secret Gateway, published in 2005. This book is esteemed by the T.S. itself, and seems to be the most recent effort at promoting the Society and its work. When I was done reading I was aware that my thoughts about it were filtered through a few decades of inquiry and a heck of a lot of reading. Does Abdill’s work represent the best contemporary effort the T.S. could have made in introducing its core thought to new readers?

I don’t know the source of the image of the secret gateway. When I found the book, the title did not fill me with hope. We are long past romantic images of mysterious and secret. And in fact the gateway is not secret any more – just difficult to find amid a riot of pretenders and options. The real thing does itself no favours by seeming quaint and archaic. The anxiety over the title mirrored my final thoughts. I was disappointed. I could not recommend the book as a gateway to the core ideas of the T.S. For me the main difficulty was that the book promoted the T.S. more than the ideas – as if the T.S. was the main story and the ideas incidental.

As I was growing up, from my teens well into my thirties, the T.S. seemed to be the source or the inspiration for nearly every one of the many books I read on the spiritual nature of humanity. I could not imagine a thinker or writer not touched by it in some way.

Now we live in a world powerfully colored by the post modernist liberation from dominant and privileged discourses, and allied to a mind-boggling array of means of accessing information. This is not a world in which the T.S. seems to be comfortable, and maybe that does not matter. The original seed flourished for a time in our culture as a source of inspirational ideas that have progressively transformed the way we think about what it is to be human living in a reality grounded in consciousness.

True, the T.S. was not the sole source of ideas about reincarnation, thought forms, the aura and chakras, but it gave us the extraordinary works of Blavatsky, Besant and Bailey, among others. It was a wellspring that had opened up at a crucial point in our culture’s history, and from which flowed thought and sentiment to counter the emerging energy of materialism. It gave coherent knowledge that brought clarity to intuitions revolting against the dire implications of the burgeoning passions of science, industrialism and materialism in the latter part of the 19th century and beyond.

For me the discovery of the Adyar Bookshop finally gave me a chance to satisfy the yearnings that Brunton had stimulated. Now, looking through my bookshelves, I am astonished by the number of volumes that I have carried with me over 40 years that were published by the T.S. In Sydney that bookshop opened in 1922 and closed in 2012, after 90 years of service. This did not signify a loss of interest in the subject matter, but a profound shift in how we find our material. In 1922 the Adyar bookshop was the probably sole readily accessible source of knowledge on charkas, reincarnation and esoteric science. Now we can find it everywhere.

In an age in which affiliation with organizations and institutions is nose-diving the T.S. could be thought increasingly anachronistic.  The membership numbers are relatively miserable (just over 4,000 in the USA) and it would be interesting to see them over time. An organization that has been around as long as the T.S. (141 years) is likely to have a now hard core culture that is risk averse and smug membership convinced of its superiority and loyalty to the ‘true’ cause.  Of course I am sniping from a distance now. Back in the 70s I had a bruising encounter with the T.S. that I won’t detail. I encountered some real occult power allied with an elitist arrogance I could not fathom at the time.

It was only when I read Blavatsky’s Key to Theosophy that I sensed a reason. Blavatsky set an impossibly high standard to be a Theosophist. They had to live “a life of abstinence in everything, of self-denial and strict morality.” Blavatsky admitted that there were few real Theosophists in the T.S. but many more outside it. The advantage of joining the T.S. was questioned by an imagined enquirer who demanded to know; “Where is the incentive?” Blavatsky’s answer was; “None, except for the advantage of getting esoteric instructions, the genuine “Wisdom-Religion,” and she goes on to say there was is also “much help from mutual aid and sympathy.”

In the beginning that may have been a sobering thought for a culture unfamiliar with the ideas and ideals, and inspirational to those setting out on the journey of exploration of esoteric lore and knowledge. But over a century later things have changed. The ideas and ideals are now to be found with ease and our culture has less and less interest in joining organizations. We form different alliances and communities of interest. Even so, given the subject areas covered by the T.S. have been growing madly for the past 50 years. I cannot but suspect that the low membership numbers (on 2007 figures 29,014 in a population of 1.175 billion in India and 4,072 in a population 305 million in the US) must reflect something of the organization’s culture.

No corporation would sacrifice its performance in the market through reverence for a founder and a love of old original product. The T.S. should be ideally situated to market a product in high demand – esoteric instructions, the genuine “Wisdom-Religion”. It has the stock of esoteric instruction and lore that will need tweaking and repackaging to modernize. So why make The Secret Gateway a flagship entry point? To me it’s a poor choice unsuited to the contemporary world. Has the T.S. hit its use by date and should it be left to meander in its twilight days into irrelevancy? Has it lost touch with the passion of this age and is being run by people who are essentially clueless beyond their own institutional culture?

Whatever the T.S.’s fate, and the reason for it, there is a legacy unimagined by Blavatsky and her co-founders. The internet gives us what I did not have in the days I haunted the Adyar Bookshop – resources on tap from any place that is on line. I paused as I wrote, and quickly searched Amazon for Kindle versions of works on theosophy. With search terms ‘theosophy’ and ‘theosophical society’ there were over 1,000 items. I was conscious of my ever-lengthening reading list and so downloaded only U.G. Krisnamurti’s Mind is a Myth. What is available is spectacular in its variety, and often very cheap. Maybe it is job done for the T.S.

And from Mind is a Myth I mined this gem “It does no good to question reality. Question, rather, your goals, your beliefs and assumptions.”